The retail industry is no stranger to cyberattacks, being one of the top targets for bad actors. In recent years, attackers have turned to Rogue Devices – manipulated devices that act with malicious intent – to conduct hardware attacks due to their discreet nature, allowing the attack to go undetected for long periods of time.

Hardware attacks, however, require the attacker to gain physical access to the organization and point-of-sale (PoS) systems are often the target. This allows attackers to store and capture credit and debit card information used by the customer, including the PIN. Other times, the PoS is simply the entry point since the systems are often connected to the same network as non-PoS systems. Therefore, any vulnerabilities on the network that the PoS resides on will leave it open to attack and will allow the malicious actor to gain further unauthorized access to the organization’s confidential information.

Using Rogue Devices, bad actors can conduct a variety of attacks, including a data breach. As mentioned, by targeting the PoS, bad actors can have access to customers’ private data which can be sold on the black market for a significant amount as it can be used to commit credit card fraud. Additionally, by accessing the organization’s network, an attacker can obtain confidential data on the organization with the intention to sabotage the retailer.

Additionally, Distributed Denial of Service (DDoS) attacks are common for the retail industry as it allows attackers to overwhelm an e-commerce site, shutting down the company’s website and causing a loss of sales in addition to frustrated customers. The retail industry is also a frequent victim of ransomware attacks whereby the enterprise’s systems and files will be encrypted, and a ransom will be demanded in exchange for a decryption key.

When a retailer is attacked and a data breach occurs, millions of individuals are potential victims to the perpetrator since their information could be sold on the dark web and used by other malicious actors. Importantly, the financial consequences – direct and indirect – can be in the region of millions of dollars being composed of fines, lawsuits, loss of business, clean-up costs and more. Business credibility is also impacted as consumers will have the impression that the organization is not sufficiently protected and, as such, neither is their information. This reputational damage can sometimes be impossible to recover from and therefore wants to be avoided.

Insiders are a very common threat to the retail industry due to the high employee turnover and the multiple points of vulnerabilities. Notably, there is little cybersecurity training which is not helped by the fact that there are many people handing aspects of the company’s business process. Insiders often act unwittingly because they are not aware of the risks that their actions pose to the company’s cybersecurity. Although unintentional, insiders can cause significant damage to the organization and comprehensive cybersecurity training is a must in the retail industry.

Education, despite adding some improvements to an enterprise’s cybersecurity posture, is not enough to ensure full protection. Rogue Devices cannot be detected by existing software solutions let alone the human eye. So, even with knowledge regarding the various risks, employees can still allow a bad actor to carry out a successful attack. As such, a Rogue Device Mitigation solution is essential.

Sepio’s RDM solution detects and blocks Rogue Devices before they can conduct a successful attack, thus protecting the organization from serious consequences. Cybersecurity must be a top priority for all industries, and the retail industry is no exception

Sepio’s Hardware Access Control (HAC-1) solution provides the Layer 1 visibility required for ZTHA. The HAC-1 solution calculates a digital fingerprint of all hardware assets (IT/OT/IoT), meaning every device gets detected for what it truly is, not just what it claims to be. Such visibility allows for the effective enforcement of the ZT security protocols, thereby enhancing the overall ZT approach. Additionally, the comprehensive policy enforcement mechanism of the HAC-1 solution, combined with its Rogue Device Mitigation capability, means that any unapproved or rogue hardware is blocked instantly, preventing any hardware-based attacks from occurring.

With HAC-1, retailers are protected on Layer 1, and existing cybersecurity investments are put to better use thanks to greater visibility.

HAC-1 instantly detects any devices which breach the set rules and automatically block them to prevent malicious attacks.

The idea is to Verify and then Trust that those assets are what they say they are.

The Hardware Access Control capabilities of HAC-1, block Rogue Devices as soon as they are detected

HAC-1 stop an attack at the first instance, not even allowing such devices to make network access requests. 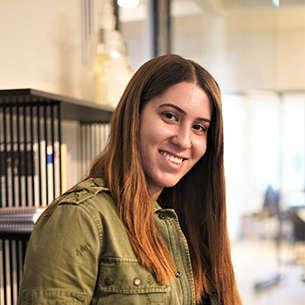